“A developed country is not a place where the poor have cars. It’s where the rich use public transport.”

New Brunswick citizens and policymakers need to pivot their thinking significantly from surfaces to services, putting “access” first and ratcheting up shared transportation services investments in balance with physical transportation infrastructure.   This fundamental shift from roads and highways is crucial if the province hopes not only to reduce poverty, but also to improve population growth, physical health, job creation and the environment.  This is the overarching theme of the report and recommendations on inclusive and sustainable mobility released on 11 December 2017 by the New Brunswick advisory committee on Rural and urban transportation (RUTAC) struck by New Brunswick Government’s Economic and social inclusion corporation (ESIC). http://www2.gnb.ca/content/gnb/en/departments/esic/news/news_release.2017.12.1583.html

END_OF_DOCUMENT_TOKEN_TO_BE_REPLACED

His assessment of the current situation boils down, in essence, to three points: VIA is struggling to compete with discount airlines for end-to-end travel; their equipment is deteriorating; and the inconvenience of a tri-weekly schedule is simply unable to generate adequate ridership or effectively serve any part of the market. These are concerns that are generally shared by TAA. END_OF_DOCUMENT_TOKEN_TO_BE_REPLACED 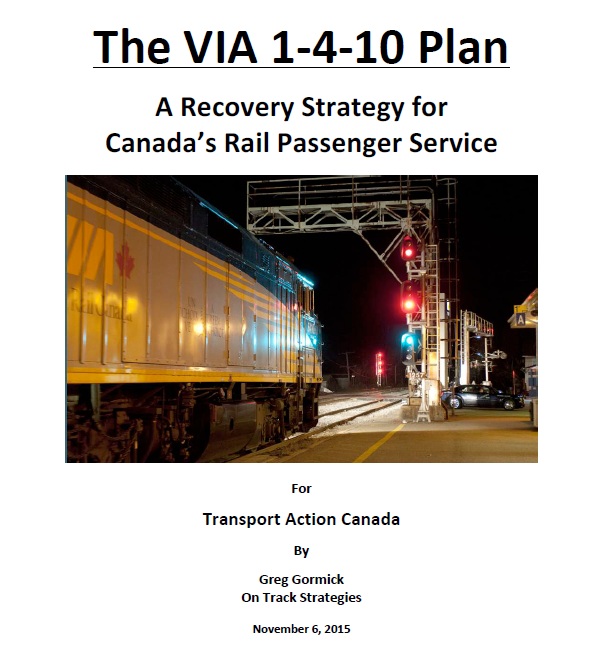