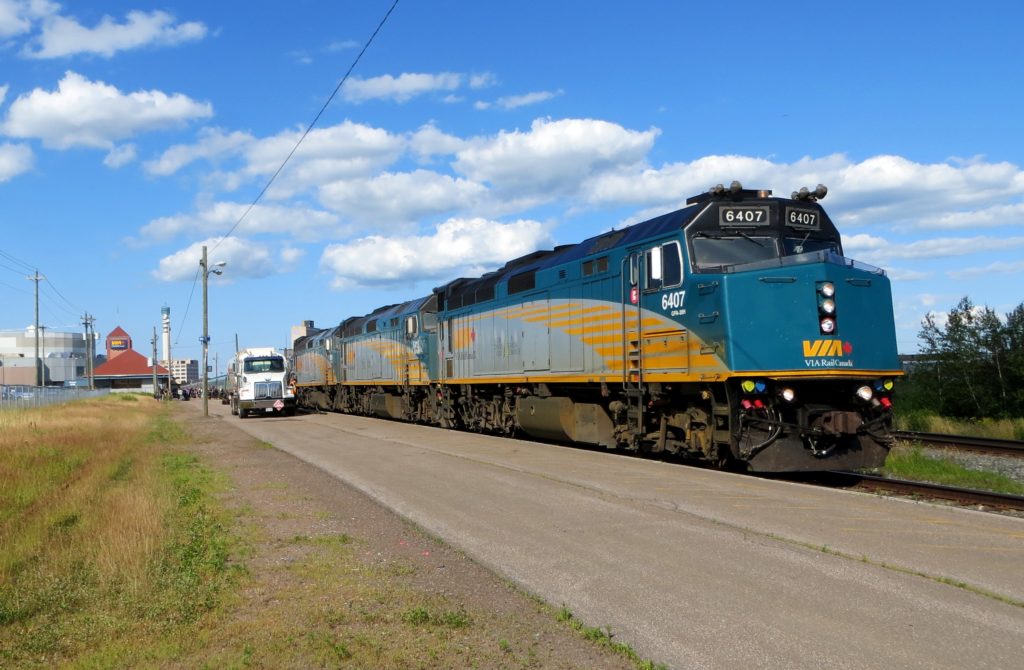 “That goal, unfortunately, was not met. Neither were several other target dates subsequently offered. We’re still waiting, and VIA management is no longer even suggesting possible start dates. Furthermore, we understand that there will be no additional frequency or capacity offered during the holiday travel season this year, something that had become standard practice in recent years to augment the very limited schedule normally offered in this region.” END_OF_DOCUMENT_TOKEN_TO_BE_REPLACED

Transport Action Atlantic’s observance of National Railway Day is somewhat less than celebratory this year.  Our optimism that the Trudeau Government would act decisively to address some of Canada’s critical rail issues is beginning to fade, amid growing concern about the state of the network in the Maritimes and across Canada.

November 7 marks the anniversary of the last spike ceremony that marked completion of a continuous rail link from coast to coast in 1885. More than 130 years after that historic event, what’s often referred to as the National Dream remains an essential part of the Canadian economy.  But despite the vital importance of rail in moving goods and people from coast to coast, TAA insists there are some very serious issues that need to be addressed. So far they appear to be getting short shrift from a government that took office just over a year ago on a promise of “real change.”

The federal government appears to have a renewed focus on the subject of rail safety – and rightly so. But there’s also a critical infrastructure shortfall that is still not getting the attention it so badly needs. Last Thursday’s major policy speech in Montreal by Transport Minister Marc Garneau had very little to say about it. END_OF_DOCUMENT_TOKEN_TO_BE_REPLACED