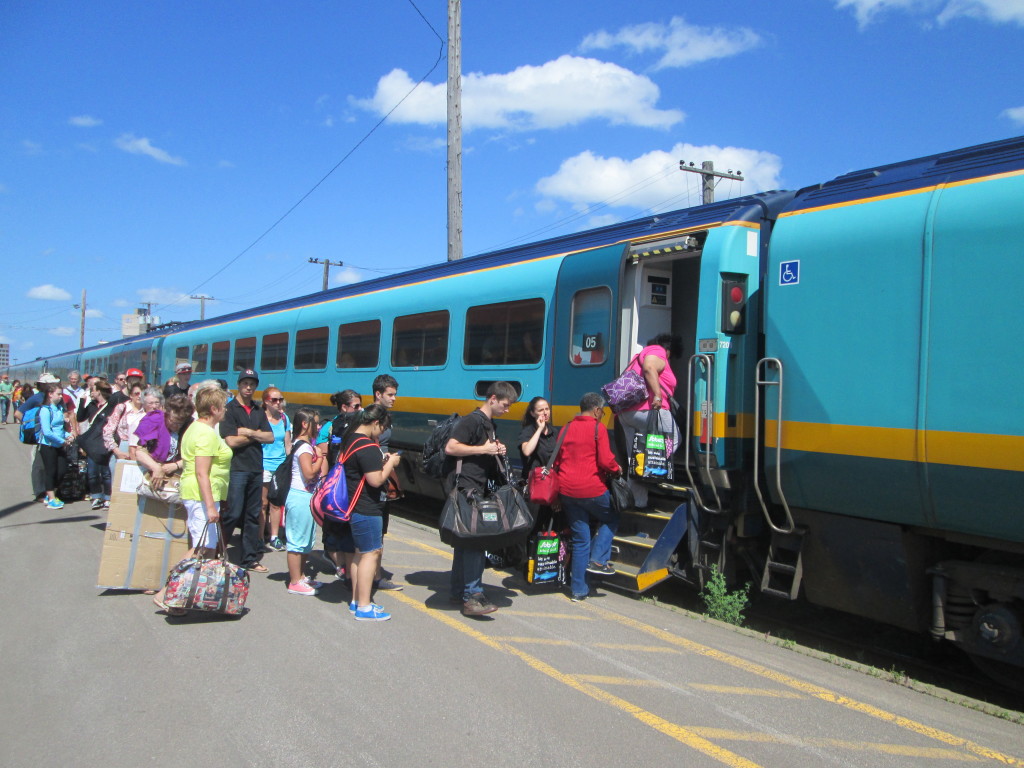 With the federal cabinet meeting today in St. Andrews, New Brunswick, Transport Action Canada and its regional affiliates are calling on the new government to give priority consideration to renewal of passenger rail across the country. Infrastructure investment in rail corridors and equipment is entirely consistent with both Prime Minister Trudeau’s economic and environmental agendas, says Ted Bartlett, president of Transport Action Atlantic.

The advocacy group’s 10-year vision was presented to Minister Marc Garneau within days of his appointment to the Transport portfolio last November. The VIA 1-4-10 Plan called for a sweeping review of passenger rail from coast to coast, and timely action to bring this country in step with the other nations in the G7 community – all of which have far more robust and functional train service than Canada.

Among its many recommendations, the document recommends a multi-year investment in new and modern equipment for VIA Rail Canada – rolling stock designed for today’s needs and North American conditions. Bartlett noted that the very best cars currently in use by VIA are now more than 60 years old, although they have been refurbished several times. The Crown corporation’s newest equipment was built in the UK in the 1990s, and is ill-suited to Canadian weather and operating challenges.

“New passenger cars can be built in Canada by Canadians,” Bartlett said, “and such an investment would have a tremendous payback. It will create manufacturing jobs, and result in a greatly improved transportation network that will bring Canadians together in the most environmentally-friendly way possible.”

At the same time, he added, the federal government needs to take action to ensure that Canada’s rail network is used to the best possible advantage. A vital step in that direction would be a long-overdue act of Parliament to establish a sound legislative foundation for VIA Rail, to clearly define its mandate, make it accountable to parliamentarians, and give it specific rights in its relationships with freight railroads over whose tracks it must travel.

VIA was created by order-in-council in 1977, and enabling legislation has been discussed under successive governments but never passed. A private member’s bill introduced in the last Parliament was unanimously supported by opposition MPs – including the current transport minister – Bartlett said, but it was defeated by the government majority.

“Governments have made huge investments in highway infrastructure over the past 70 years, while railways have essentially been required to maintain their own rights-of-way. To add insult to injury, through their taxes they have been to some degree supporting their own competition. There should be a level playing field”, he urged, “and the new government’s action plans should certainly include strategic investments in rail infrastructure.

“Now is the time for action,” Bartlett concluded. “The Prime Minister has told us that ‘in Canada, better is always possible,’ – and this is 2016. We are optimistic that this new government will seize the opportunity.”