For the first time ever, there’s now daytime bus service along the Trans-Canada Highway in New Brunswick – from Moncton to Fredericton, up the St. John River valley to Edmundston, and onward into Quebec.  Maritime Bus introduced the new run on January 18, and has high hopes for success.

Wenda Pitre, director of business services with the Coach Atlantic Group, says the most enthusiastic response so far has come from the Edmundston area, where passengers going to Montreal or Quebec City can make an afternoon transfer to Orléans Express at Rivière-du-Loup and arrive at their destination in the early evening.  Previously thay had to make the connection in the middle of the night.

Ms. Pitre says the Maritime Bus website is being upgraded, and in response to many requests from customers will include complete schedules that can be readily downloaded and printed. 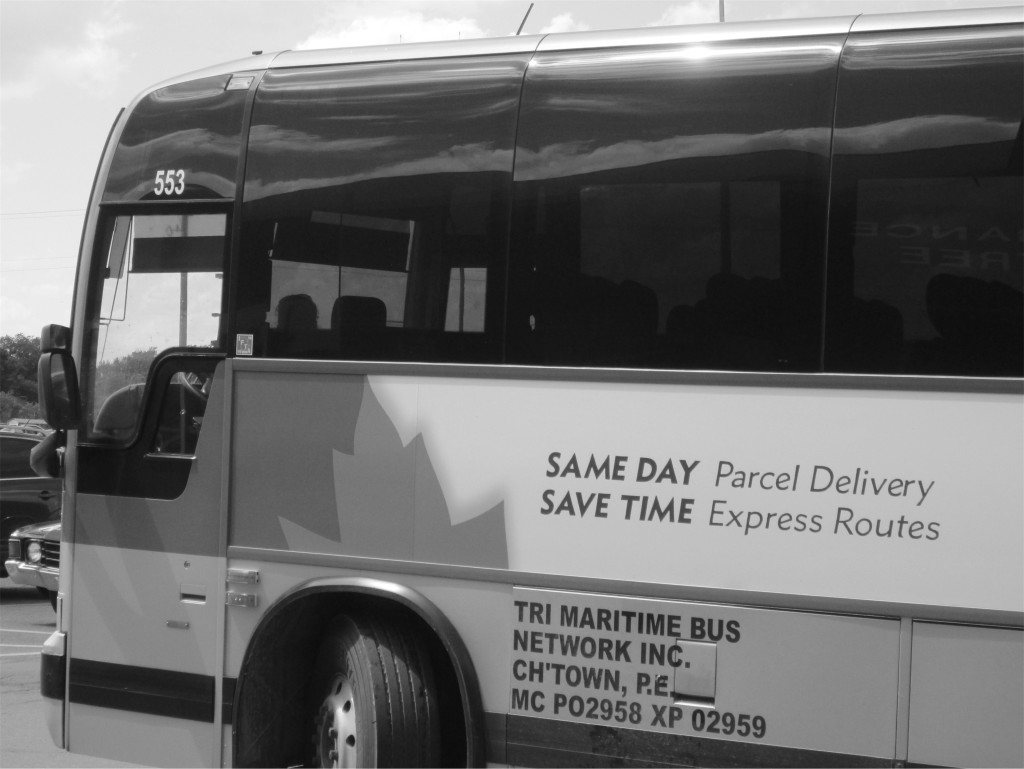 Coach Atlantic owner Mike Cassidy, meanwhile, is highly optimistic that Maritime Bus will continue to grow its traffic base in 2015.  In a year-end interview with the Moncton Times & Transcript he reported that ridership rose by approximately eight percent last year over 2013, and he fully expects the trend to continue.  He’s confident that his company will succeed where the previous operator did not – but to do so the business model must be “lean and mean”, with constant revenue management and cost controls.

And while ridership of the New Brunswick North Shore route isn’t yet where he’d like it to be, he’s committed to maintaining the operation between Campbellton and Moncton for 2015.  Revenue from the parcels business has helped the bottom line significantly, Mr. Cassidy indicated, and has encouraged him to continue service on the route.